BRIEF - Money Tuchel will receive after Chelsea sacked him revealed 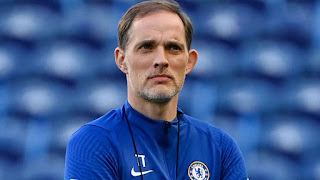 Tuchel was sacked as Chelsea manager on Wednesday morning following the Blues’ Champions League 1-0 defeat to Dinamo Zagreb on Tuesday.

According to Sportsmail, Tuchel will get a £13 million pay-out with an extra £2 million for backroom staff for his Chelsea sacking.

The German was one of the English Premier League’s top earners, on a salary in the region of £13 million a year.

And with his backroom staff set to follow him out of Stamford Bridge, the total cost to Chelsea’s new American owners under the leadership of Todd Boehly is likely to be closer to the £15m mark.

Meanwhile, Brighton’s Graham Potter has emerged as one of the candidates to replace Tuchel at the west London club.