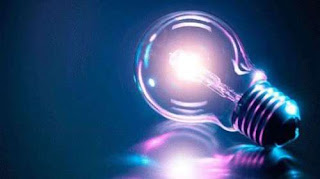 as reported by the Transmission Company of Nigeria (TCN).

Nairametrics reported earlier that, Nigeria’s electricity generation peaked to a record high of 5,043 megawatts (MW) on Thursday, 1st September 2022, an 8.1% increase compared to 4,664MW recorded a day before.

Electricity supply has been on an upward trend since the labour union strike action earlier in August, when electricity workers under the aegis of the National Union of Electricity Employees (NUEE) and the Senior Staff Association Electricity and Allied Companies (SSAEAC) grounded the operations of the TCN, leading to a nationwide blackout, a move which saw DisCos lose an estimated N2.94 billion in potential revenue.

In the month of August, an average of 93,183MWh of electricity was supplied to consumers, as against an average of 86,221MWh sent out in the previous month. In the same vein, energy production has also been ramped up with a daily average generation of 94,281.68MWh in August.

Meanwhile, in the first day of September, a total of 102,875.3MWh of energy was generated, while 101,630MWh was supplied, representing 98.8% of the total generated electricity. Furthermore, the highest frequency recorded on Thursday was 51.1Hz, while the lowest frequency was 49.8Hz.

What consumers are saying

Some Nigerians who spoke to Nairametrics have expressed some level of satisfaction with the recent stability in the electricity supply in their areas, while some feared it could affect their transformers. Here is what they are saying: