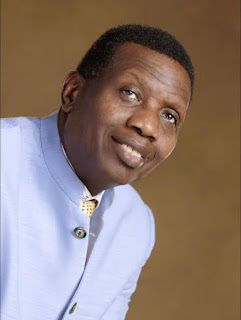 Pastor Enoch Adeboye, the General Overseer of Redeemed Christian Church of God (RCCG), got over 120 cars as gifts in one day.

The clergyman popularly called Pastor KK stated this during a Sunday sermon, titled: “The Father’s Blessings” at this church in Warri, Delta state

Komaiya, who acquired a private jet in 2021, also claimed that he gave out a car each year for the past 10 years to Adeboye.

He marveled at how some bloggers abuse Adeboye, and lambasted them, saying they have lost their spiritual senses.

In his words; “Let me warn you, in this generation of bloggers, where people have lost spiritual sense and value that they think they can just be talking, so it’s Pastor Adeboye that has now become your toothpick, Pastor E. A. Adeboye of the Redeemed Christian Church of God, a legend among men, is the one you’re now abusing just because you have an Infinix phone of N28,000.

“And you know because of internet now, anybody can just take phone and stand somewhere and record and because people are cursed, they love rumours.

“For 10 years, I was giving Pastor Adeboye a car per year, I have roots here and there, for 10 solid years, the year I don’t give him, I’ll give him equivalent in money.

“Everybody, the one that drove down from Maiduguri, I drove down from Warri, I was number 120, we lined on queue, they were taking it one by one to his compound to park. God said, “this is your father’s father, this is the grace I want you to carry.

“As I entered the plane to Botswana, I said they should drive that car to Pastor Adeboye in Redemption camp. In Botswana, Pastor Adeboye said, “my son, next time, you’ll do better” and it began to invoke blessings on me.”