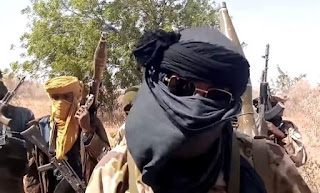 ONIKEWIDE  reports that vigilante members in

Batsari town in Katsina State cut off Sola’s head after killing him.

They then moved around the town displaying his severed head.

This newspaper learned that the slain bandit leader was nicknamed “sola” (solar) because he operates in broad daylight.

Nigerian police did not respond to requests for comment.

Data from the Armed Conflict Location and Event Data Project shows that bandits were responsible for more than 2,600 civilian deaths in 2021.