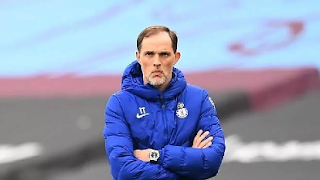 1-0 defeat to Dinamo Zagreb on Tuesday.

Chelsea announced this in a statement via its website, adding that the Blues’ coaching staff will temporarily take charge of the first team.

“Chelsea’s coaching staff will take charge of the team for training and the preparation of our upcoming matches as the Club moves swiftly to appoint a new head coach.

“There will be no further comment until a new head coach appointment is made.”