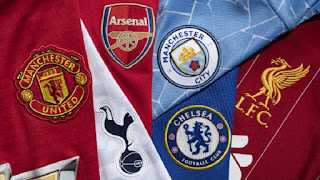 Specifically, the spending in this transfer window represents a 33.9% increase compared to the €1.68 billion spent in last year’s transfer window. A further breakdown showed that the clubs on the other hand earned €884.81 million in transfer income, an indication of a net spend of €1.36 billion in the period under review.

In both expenditure, income, and net spend, the Premier League led all other European leagues, with the league’s expenditure being nearly three times that of the next league on the spending table, Italy’s Serie A.

So how were English clubs able to finance this transfer outlay?

Highest spending clubs in the EPL

The English Premier League saw half of its clubs spend above €100 million on player acquisition, with the top five splashing out €1.03 billion. The top five spending teams were: