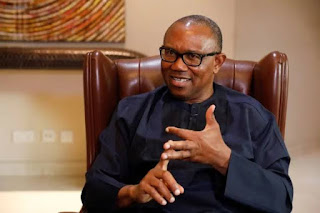 The Coalition of South East Youth Leaders, COSEYL, has alleged that there are plans to assassinate the

This allegation was contained in statement issued on Wednesday signed by the leader of the group, Mr. Goodluck Ibem. The statement is coming after the spokesperson of the APC 2023 Campaign Council, Festus Keyamo has tweeted that Mr. Obi was planning to fake an assassination attempt on himself and hire some supporters dressed in APC caps and T-shirts to attack some of his party offices.

COSEYL alleged that the  APC is planning to “assassinate Mr Peter Obi because of how he is being accepted by Nigerians”.

The group also called on Security agencies to arrest Keyamo and investigate him.

“We urge the Inspector General of Police, the Department of State Security, DSS, the State Security Services, SSS, and other security agencies to immediately arrest Keyamo for being part of the plan to assassinate Mr. Peter Obi who has done nothing wrong other than to present himself to vie for the office of the Nigerian President come 2023.

“APC is planning evil against Obi and they must be investigated immediately and thoroughly to stop our nation from sliding into anarchy”.