PUBLICATION - We are not recruiting – NOUN warns applicants against Scam 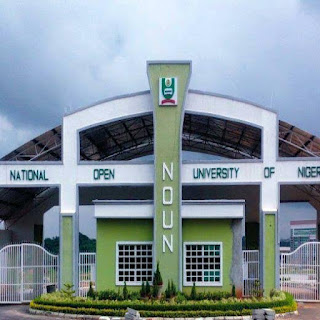 The National Open University of Nigeria (NOUN), has described the recent online advertised recruitment as

The institution, therefore, urged members of the public not to apply, as it’s purely handiwork of disgruntled elements who want to make cheap money through dubious means.

In a statement by Ibrahim Sheme, NOUN’s Director, Media and Publicity, he said the institution does not employ staff without following the necessary steps for recruitment in a federal organisation.

ONIKEWIDE recalls that there were recruitment adverts on some websites by NOUN.

However, Sheme warned Nigerians not to fall prey to scammers.

According to him, “The management of NOUN wishes to inform the general public that the university is not recruiting anyone and that the story uploaded by some websites is false.

The fake advert is a familiar stock in trade of dubious websites that scheme to achieve maximum hits and promote their business,” adding that they use the names of reputable institutions such as NOUN to exploit the sensibilities of job seekers.”

He added that the university had cause to warn the public about such scammers at least twice in the recent past, including in June 2020 when a similar false alarm was circulated by an obscure website.

“ We are, however, dismayed to see that the purveyors of falsehood on social media are not resting on their oars in their attempt to scam millions of Nigerians,” he said.