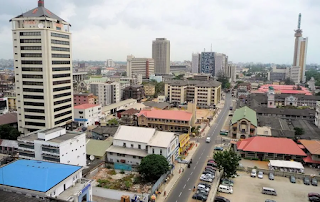 Nigeria’s economic hub, Lagos has been named the fourth wealthiest city on the African

continent with a total private wealth of $97 billion. This is contained in the Africa Wealth Report 2022, released by Henley & Partners, in partnership with New World Wealth.

Lagos came fourth behind, Johannesburg in first position, Cape Town and Cairo in second and third positions respectively. Notably, the two wealthiest cities on the continent are in South Africa just as four South African cities make the top ten (Johannesburg, Cape Town, Durban and Pretoria). Lagos is the most populated city in Africa and a major contributor to the Nigerian economy, with international seaports and airports.

However, Lagos comes behind the likes of South Africa’s Johannesburg and Cape Town, as well as Egypt’s Cairo, in terms of wealth controlled.

In the same vein, Nigeria despite being the largest economy in Africa ranks third behind South Africa and Egypt with a total private wealth of $228 billion, and 10,000 millionaires. Meanwhile, on a per capita basis, Nigeria ranked 11th on the list with $1,100, while Mauritius was top on the list with $34,500.

Notably, South Africa is home to the largest luxury market in Africa by revenue, followed by Kenya and then Morocco. Major components of this include luxury hotels and lodges, cars, clothing and accessories, watches, private jets and yachts.

ONIKEWIDE  reported in July 2022 that Nigerians got richer in 2021 based on income per capita, which rose to $5,250 from $5,000 recorded in the previous year, based on data from the World Bank. The increase was attributed to increased economic activities following the lockdown measures in the previous year to curb the spread of the covid-19 disease.

In 2021, Nigeria ranked as the largest economy in Africa with a total GDP of $440.78 billion, followed by South Africa and Egypt with GDP estimates of $419.9 billion and $404.1 billion respectively. Despite being the largest African economy, due to the huge population size of over 200 million, it ranked 17th in terms of per capita.

According to the report, it relied on wealth as a measure of financial health ahead of GDP because in many developing countries, a large portion of the GDP flows to the government, hence having little impact on private wealth creation.