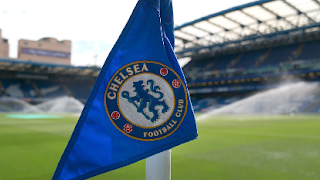 Chelsea are set for a busy last day in the transfer window.

The Blues have already unveiled Wesley Fofana from Leicester City on Wednesday after they agreed a £70m.

Three players are in line to join the Blues today and they include: Pierre-Emerick Aubameyang, Edson Alvarez and Jasko Gvardio.

Chelsea are now negotiating with Barcelona over the signing of Pierre-Emerick Aubameyang, which could see Marcos Alonso go the other way.

The Blues are also in for Ajax midfielder, Edson Alvarez.

They are willing to pay in excess of £40m for the Mexican, Alvarez after manager, Thomas Tuchel bemoaned the depth of his squad following Tuesday’s defeat at Southampton.

RB Leipzig defender, Josko Gvardio is another player Tuchel is looking at.