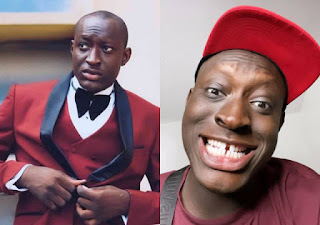 after asking to pretend like they were having issues.

This comes amidst the copyright saga that has been going on for days over the hit single, Machala, after which Blaqbonez got involved.

During a live session on Instagram, Carter Efe revealed that the idea of a drama was Berri Tiga’s but he went too far by slandering his name and brand.

“You come back dey tell me say make we do like say we dey fight so you go fit blow. You carry my name dey give everybody dey spoil,” he cried out.

days back, Popular skit maker, Carter Efe, who recently turned singer has revealed his real age via his Twitter platform.

This has stirred some reactions from his followers, as many of them doubt the authenticity of this information.

Recall that a few weeks ago, Carter Efe made history when his Wizkid tribute song ‘Machala’ with Berri Tiga debuted on the US Billboard Afrobeats Charts.

Efe, who began his comic career in 2018, is also the first Nigerian skit maker to achieve this feat.

Reacting to the achievement, he posted on his Twitter page a screenshot of the Billboard Chart.

The song, released on 29 July, was originally an ode to the music superstar Wizkid Ayo Balogun.

The track debuted at the 14th position of 50 on the afrobeat charts, alongside songs by (Burna boy, Tems, Davido, Rema, Master KG and his idol Wizkid).

The featured artist Berri Tiga and Producer X also shared the joy of this achievement as they have taken to their social media pages to jubilate and engage with their fans.