Adeleke appoints CoS, SSG, and CPS 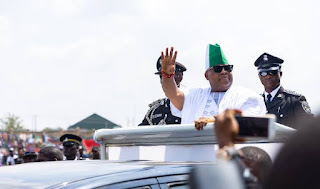 His media assistant, Olawale Rasheed, announced the appointments of Alh. Kazeem Akinleye as Chief of Staff (CoS) and Alh. Teslim Igbalaye as Secretary to the State Government in a statement issued shortly after his inauguration (SSG).

The nomination of Mallam Olawale Rasheed as chief press secretary was also confirmed by the new governor, who was inaugurated in over the weekend.

A few hours after taking office, Adeleke reversed the state of Osun's name change, froze the state government's bank account, and reconsidered certain appointments made by the outgoing governor, Oyetola.