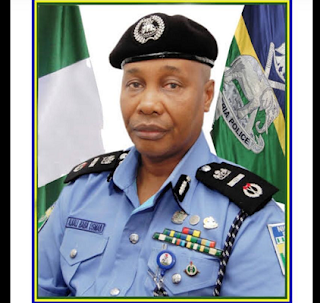 Usman Baba, the Inspector-General of Police, was given a three-month prison sentence for

defying a court order on Tuesday by Justice Mobolaji Olajuwon of the Federal High Court in Abuja.

The decision, according to Justice Olajuwon, who gave the ruling, was the result of a lawsuit brought by Patrick Okoli, a former police officer, who claimed he was forcibly and illegally retired from the Nigeria Police Force.

The IGP shall be put to prison and held in custody for three months, or until he complies with a judgment issued on October 21, 2011, the judge said.

The court ruled that if the contemptor is still refractory and refuses to terminate his contempt at the conclusion of the three months, he would be committed for an additional amount of time until he does so.

Even while the court upheld the Police Service Commission's (PSC) recommendation that Okoli be reinstated into the Force, Justice Olajuwon highlighted that the IGP disobeyed the directive.

According to ONIKEWIDE, the development comes just three weeks after Abdulrasheed Bawa, the chairman of the Economic and Financial Crimes Commission (EFCC), was found guilty of contempt and ordered to be committed to the Kuje Correctional Center in Abuja.

The judge determined that Bawa was in violation of the court's decision from November 21, 2018, which required the commission to give back to the applicant his Range Rover and N40 million.
But in a later decision, Justice Oji overturned Bawa's conviction after hearing an application from the head of the EFCC.