Tony Elumelu: Luck has brought me where I am 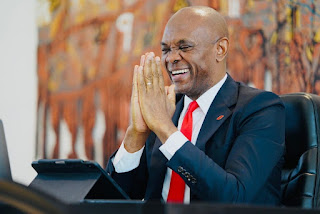 When Tony Elumelu recently attributed his success to luck, it created a stir on social media.

The billionaire believes that while luck plays a role, hard work and labor are still necessary. He continued by saying that luck is a component of the formula for success.

"Hard effort and passion are the two ingredients for luck," he remarked. You will be considered to be "luckier" the more effort and passion you put into something. To succeed and create your own luck, you must work hard and be passionate about what you do.

He emphasized, however, that perseverance and enthusiasm can bring luck if they are properly managed. He stated:

You have the ability to make your own luck and contribute to the creation of a better and more affluent world by using your hard work and desire.

How others are responding: Since Elumelu's tweet, many have commented on it to express their opinions.

While some people agreed with Elumelu's perspective on success, others believed that hard effort should always come before serendipity.

If you missed it, the billionaire recently traveled to London, United Kingdom, to celebrate with his daughters' birth anniversaries, as seen in a post he published on Instagram.