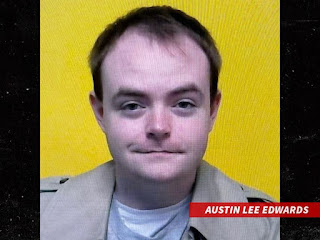 the potential outcome she would have experienced if her kidnapper had succeeded in bringing her back to his house across the country.

According to property records, Austin Lee Edwards paid $80,000 on November 14 for a two-bedroom, one-bathroom home in Saltville, Virginia. This was just 11 days before he killed three people in Riverside, California.

According to neighbors we spoke with, Edwards quickly used car tint to completely black out the home's windows. We also have pictures that demonstrate how difficult it was to see inside the house. 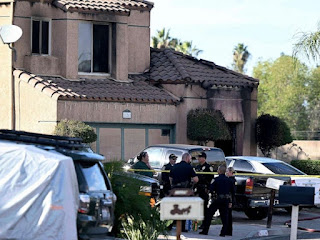 We learn from one of the neighbors that they briefly spoke with Edwards, who claimed he moved there to escape Richmond, Virginia. They claim that when Edwards went to the water department to turn on his utilities, he wore a trench coat, which they found strange.

We are informed that Edwards didn't appear to have many belongings—barely any furnishings. We are aware that police have been on the site recently, searching his house and removing evidence bags. 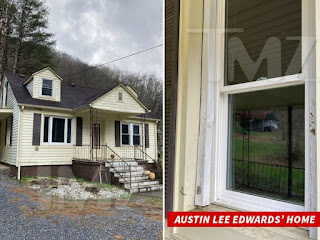 Police allege that Edwards took the 15-year-old after killing the girl's mother, grandparents, and setting their home on fire. After one of the grandparents' neighbors dialed 911, Edwards was later involved in a police chase that resulted in a shootout in which he was fatally shot. According to police, Edwards met the girl after catfishing her by posing as a 17-year-old boy.

When you consider that Edwards wanted to keep whatever was going to happen inside his new house a secret, you have to wonder what horrifying fate the 15-year-old would have suffered if he was successful in moving her from California to Virginia.