D'banj was seized and arrested for N-Power fraud. 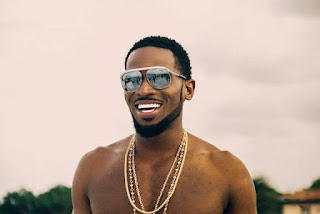 The Independent Corrupt Practices and other Related Offences Commission has

The 42-year-old was apprehended and imprisoned on Tuesday after ICPC agents surrounded him and forced him to turn himself in at the organization's Abuja headquarters, according to Premium Times.

Additionally, it was discovered that D'banj had been evading summonses for weeks by stating that he was abroad for scheduled concerts each time he was asked to show up for an interview on a fraud allegation.

The singer was forced to appear at the commission's office on Tuesday after the ICPC sought to arrest him anywhere in Nigeria and overseas after he repeatedly declined invitations to appear for questioning.

D'banj was detained after a protracted interrogation that began when he arrived. Officials, however, rejected his request for administrative bail because they believed the singer of "Olivia Twist" could not be trusted to appear at his trial if given bail.

Additionally, it was heard that the ICPC might ask the court on Wednesday for an extension of the musician's detention so that the agency can finish its investigation before bringing the case against him to court.