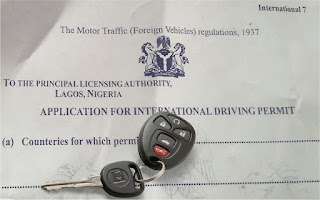 This information was released in a statement on Thursday in Lagos by Mr. Akin-George Fashola, Director of the Vehicle Inspection Service (VIS) in Lagos.

According to him, the issue of foreign driver's licenses and international vehicle certificates complies with all applicable international regulations.

International Requirements: The DG stated that all parties were involved during the finalization of the issue process and that the International Driver's Permits complied with global standards.

Additionally, he disclosed that the permission required by section 326 (U) of the Lagos State Transport Sector Reform Law (TSRL) 2018 required an examination of the vehicle as well as a class or description of the vehicle. Then he argued that privately registered vehicles that were less than five years old from the date of manufacture should not be subject to the VIS's required computerized routine examination.

Schedule 1 of the State's TSRL, 2018, states that a computerized routine inspection is required and notes that Pre-Registration inspections (Auto Vin) would have noted such vehicles for exemption.

"The owners of such cars will just need to get an Exemption Certificate from the VIS. Exclusion is one strategy.

The exclusion is one of the ways to prevent the Computerised Vehicles Inspection Centres across the state from being over-clogged with vehicles,” Fashola said.

The VIS has started cracking down on shoddy commercial vehicles, the director also revealed.

Remember that Nairametrics previously reported that the Lagos State Government, through the Lagos State Parking Authority (LASPA), has announced plans to construct additional car parking lane markings in a few key places throughout the state.

According to LASPA, the parking lane markers will help vehicles and pedestrians understand the proper parking laws and spaces, reduce indiscriminate parking, confusion, and ambiguity, and provide residents with a variety of information on parking processes in each designated environment.