Ned Nwoko Criticizes Men Who Only Have One Wife, Claiming That They Encourage Immorality 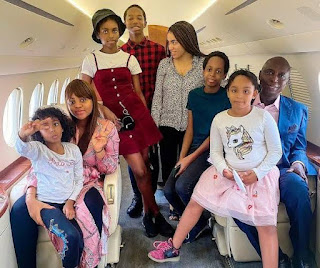 He argued that Nigerian males should follow the example of their northern counterparts by taking multiple wives, as doing otherwise contributes to social immorality.

He claimed that there are many single women in the southern region of the nation, and as a result, prostitution is very common there.

The former legislator reportedly told the Guardian that if Nigerian males married more than one wife, the perception of a high prostitution level may diminish, according to the Onikewide blog.

Many women are out there without a spouse, especially in the southern part of the country, and there is a significant level of prostitution," the businessman, who has numerous wives and children, stated. The scenario might alter if southern men start taking many wives, as their northern counterparts do.

"A typical Southerner might have one wife who has girlfriends, and he may spend as much money—or even more—on the girls than he does on his wife.

For instance, a man with three wives would focus on them, spend all of his income on them, and be less likely to have a girlfriend or concubines. Money spent on them by those who have multiple girlfriends is a gift, not an investment in the family.