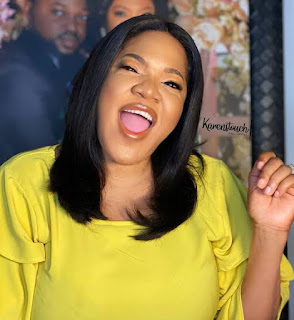 According to Onikewide's blog, Toyin's fans and followers flooded her comment area early this year when she revealed her baby belly and announced she was expecting again.

However, the actress claimed that she lost the pregnancy in an interview with media personality Ebuka Obi-Uchendu on Rubbin Mind Show.

She claimed that when the miscarriage occurred, she sobbed since she had one or two more children planned.

Toyin Abraham claimed that she was subjected to body shaming because she was constantly reminded of how chubby she had grown while her husband was still a child. She was also quite bloated after the incident.

Toyin explained that she routinely blocks social media trolls because she doesn't have time for negativity.