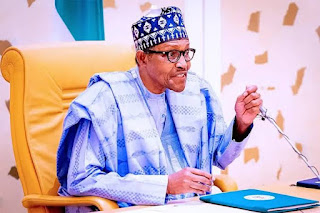 President Muhammadu Buhari is outpaid by several categories of federal servants, according

to Mohammed Shehu, Chairman of the Revenue Mobilisation Allocation and Fiscal Commission (RMAFC).

The head of RMAFC revealed that the President does not make up to N1,300,000 per month in remarks on Thursday.

However, he went on to say that there are individuals in both the public and commercial sectors that make up to four times as much as President Buhari.

Shehu claims that some employees of some government organizations, including the Central Bank of Nigeria (CBN), the Nigerian Communications Commission (NCC), the Nigerian Ports Authority (NPA), and the Nigerian Maritime Administration and Safety Agency (NIMASA), are among the highest earners in the nation.

But he asserted that no government employee ought to be paid more than the President.

The allowances of the President are taken into account when calculating the remuneration of Mr. President, which is not up to N1,300,000 each month. In 2008, that amount was viewed as significant income, but today, both in the public and private sectors, there are many who make twice as much or even four times as much," the RMAFC Chairman remarked.

"What I was saying at the time is that no public employee should receive salary greater than that of the President, yet we do have employees who do so: NCC, NIMASA, NPA, and Central Bank," he continued.

Nigeria now has roughly 17 separate salary classifications, according to the RMAFC boss, who advocated for a better unification of the system.

He claimed that although the President receives N10 million after leaving office, some government officials receive severance pay of up to N500 million.

However, as Shehu stated, the commission is prepared to impose the raise in judicial officers' salary, which will then be applied to other public employees.