Ronaldo commits to a two-year contract with a new team. 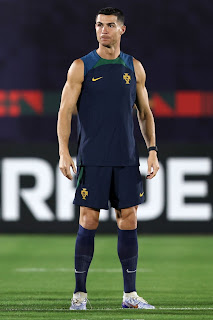 The 37-year-old will make an unbelievable £175 million annually.

After his contract was cancelled in November with six months remaining, Ronaldo left Manchester United.

The five-time winner of the Ballon d'Or will now pursue a career in the Middle East.

Ronaldo's contract, which is for seven years, states that he will play for two and a half years before transitioning to an ambassadorial position.

His choice to relocate to Saudi Arabia basically puts an end to his distinguished career. It is believed that Ronaldo had hoped to join a Champions League team, but that never happened.

He will support Saudi Arabia as part of his ambassadorial duties.

Part of his role as an ambassador will be to help Saudi Arabia’s joint bid with Egypt and Greece to host the 2030 World Cup, it has been claimed.