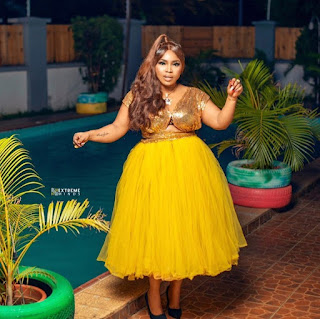 Apostle Suleman in 2011 at a hotel in Abuja and had a hard time believing he was a prophet of God.

Halima Abubakar, a well-known Nollywood actress, relayed the message she got from a woman who claimed to have also met notorious cleric Apostle Johnson Suleman.

This occurs in the midst of her never-ending dispute with Apostle Suleman, the founder of Omega Fire Ministries International, who recently sued her for character defamation and sought N1 billion in damages.

The actress, who claimed to have dated Apostle Suleman for six years, recently made a claim that she had aborted three fetuses when they were dating.

However, the contentious cleric refuted her assertions and even threatened to sue her.

Halima, who is determined to expose the pastor's alleged sexual misbehavior, asserts that five of his alleged victims have gotten in touch with her and are ready to come forward and tell their stories. 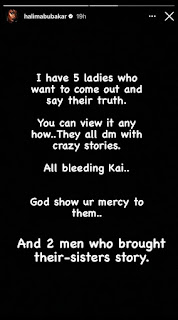 She also shared a direct message (DM) from a woman who claimed to have seen Apostle Suleman in 2011 at a hotel in Abuja and had a hard time believing he was a prophet of God. However, the woman didn't say whether or not she had a sexual experience with him.

Suleman is an idiot. Around that time in 2011, I met him in Abuja, and I had no idea he was a pastor. My friend asked me if I knew that man was a pastor after I had checked out of the hotel, and I responded, "It's a lie." She then led me to where his flyer was. He traveled to Abuja to perform at a program. The randy priest Suleman. He is crazy. 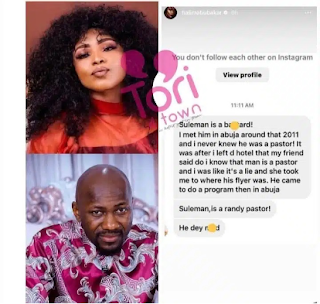