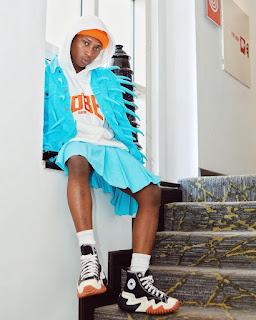 Bella Shmurda dismissed a question about the pregnancy and the child with humor.

Bella Shmurda, a well-known Nigerian singer, has described how he got his fiancée, Omotena, pregnant while he was having financial difficulties.

In a conversation with media personality Taymesan on his podcast show "Tea with Taymesan," Bella related the experience. 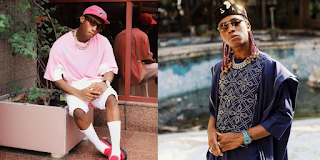 He claimed that when his partner told him about the pregnancy, he was surviving on the streets and squatting at the home of a friend.

The singer of "Cash App" claims that he once engaged in internet fraud and even borrowed money from a buddy to purchase a laptop for it.

He was really unlucky, though, since he failed to profit from online fraud for six months after buying a laptop.
He claimed he was really frustrated and believed God was telling him to stop being a fraud and concentrate on his music career through the challenge.

Watch the interview below,

Bella Shmurda dismissed a question about the pregnancy and the child with humor.
Bella Shmurda once issued a severe warning to anyone who intended to upset him in the past, present, or future.
The singer of "Cash App" claimed in a Snapchat clip that he does not believe in forgiving others and would always avenge himself, no matter how long it took.