Burna Boy compensates the reporter who shattered a camera worth more than $2,000 while rushing to interview him in Paris 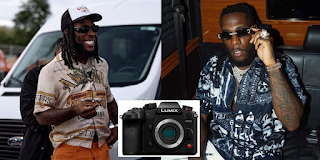 a new camera by giving it to him through his accountant.

Burna Boy, a Grammy Award winner, is currently making headlines for the right reasons after it was claimed that he paid back a reporter who broke her camera in a rush to interview him. 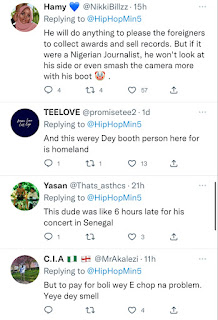 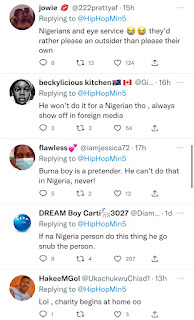 It was discovered that the journalist, who was reportedly an intern, shattered her $2,000 Panasonic GH6 camera while attempting to interview the popular Nigerian musician in Paris, France.

Burna Boy, who was aware of the occurrence, gave his accountant the order to give the journalist some cash so that he could get a new camera.

Today in Paris, a teenage journalist racing to interview Burna Boy accidentally broke her "Panasonic GH6" camera, which was worth over $2000.

This was spotted by the African titan, who then requested his accountant to give the journalist some money so he could buy a new camera.

Although one would anticipate that the news would be welcomed, many condemned Burna Boy for only demonstrating empathy for foreigners while remaining impolite to Nigerians.

They said that if a similar situation happened to a Nigerian, the so-called "African Giant" would never act so toward a Nigerian.