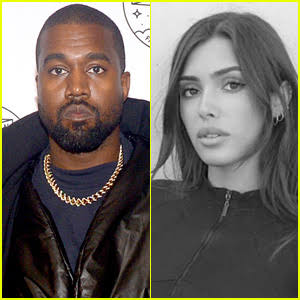 an architectural designer for his company Yeezy.

Despite having a wedding ceremony, the couple did not receive a marriage license to formally recognize their partnership.

When the businessman and Censori arrived at the Waldorf Astoria in Beverly Hills earlier this week after the wedding, he was seen sporting a wedding band. 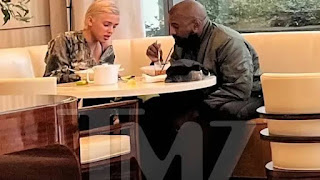 His commitment to Censori is symbolized by the ring, according to those with knowledge of the situation.

The rapper recently released a new song, "Censori Overload," in honor of his recent love interest.

In 2022, West and Kardashian's divorce was formally finalized.

Nearly two years after their breakup, the rapper and reality TV personality both agreed settlements in November 2022.

North West, 9, Saint, 7, Chicago, 4, and Psalm, 3, who are their shared children, will share legal and physical custody under the terms of their settlement, according to documents obtained by E! News.

In order to cover their children's medical, security, and educational costs, both parents will each contribute 50% of the total cost. The rapper will provide $200,000 each month toward Kim's child support obligations.