Nigerian woman calls out her father, saying, "My dad should be executed," after he reportedly molested her 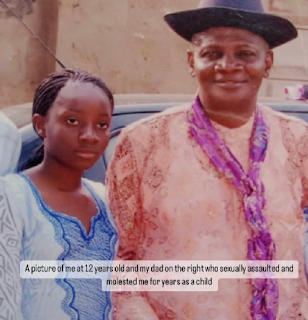 was published on Twitter. She also revealed that he had molested her since she was a young child. A Nigerian woman took to the internet to denounce her father for allegedly abusing her physically and sexually for years.

The woman with the handle @justsotired__ wrote a lengthy essay that was published on Twitter in which she detailed the negative experiences she had at her father's hands and revealed that he had molested her since she was a little child.

When she denounced him to the police at the age of 14, she claimed that her father turned the police against her, and she spent a week imprisoned in a cell.

She went on to say that she had to leave university because her father requested she meet him for sex in a hotel before he would pay her tuition. 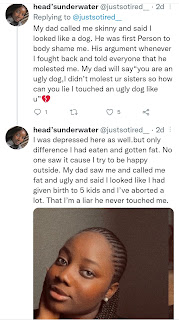 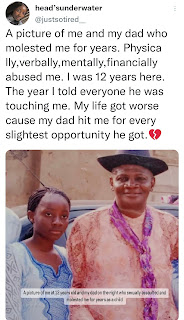 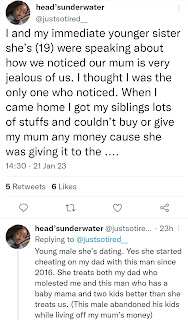 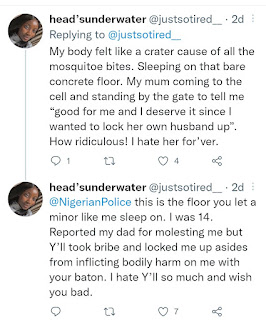 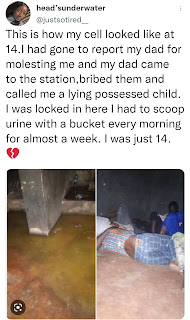 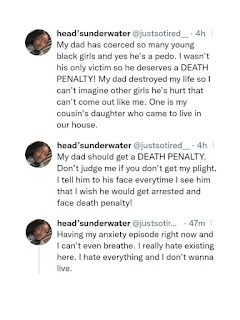 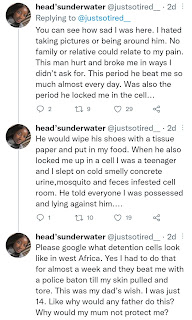 The irate woman continued by accusing her mother of being jealous of her and her younger sibling and criticizing her for failing to protect her despite all of her problems.
In other news, Nliam Amara Agbai, a Nigerian woman, gave birth to a set of twins after 20 years of infertile marriage.
Family members who were happy with the news turned to Facebook to tell their followers and friends.