UPDATE - 2023: How PDP Governors Forced Peter Obi Out Of The Party 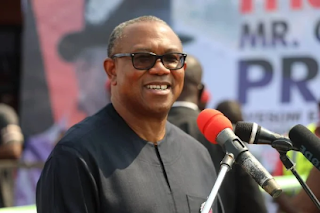 The reason why presidential aspirant and former Governor of Anambra State, Peter Obi dumped the Peoples Democratic Party has emerged.

It was gathered that some governors elected on the platform of the main opposition party showed him the door after a high-wire game of intrigues, and conspiracy.

The decision was reached after Obi noticed that the party was not ready to zone it presidential ticket to the south-east.

However, some governors in the party had threatened not to support the presidential ambition of Atiku if he does not select one of them as his running mate.

This led to the high wire game of intrigues and conspiracy against the former Governor of Anambra State and forcing him out of the party to find another platform where he would express his presidential ambition.

A source that spoke with Vanguard on the issue said, “Obi was hoping to emerge as the running mate to Atiku again since the PDP, from all indications, is not ready to cede the presidency to the South-East.

“However, most of the PDP governors said they will back Atiku if he makes one of them his running mate. This led to a highwire conspiracy against Obi in the PDP. So he had to look elsewhere to pursue his aspirations.”

Recall that Obi claimed that he was quitting the PDPbecause the party had made it impossible for him to continue to contribute to nation-building on its platform.