BREAKING - 44 people crushed to death, over 150 hurt after stampede at religious bonfire festival in Israel 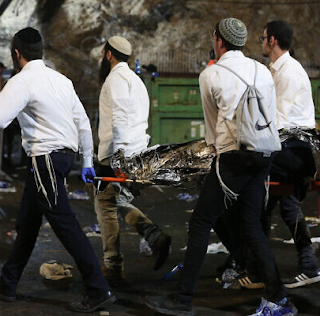 people injured in a stampede after midnight Thursday, April 29, at a religious bonfire festival in Israel.

The incident happened at a mass gathering to celebrate the Lag B’Omer holiday at Mount Meron, Israel, medics said. 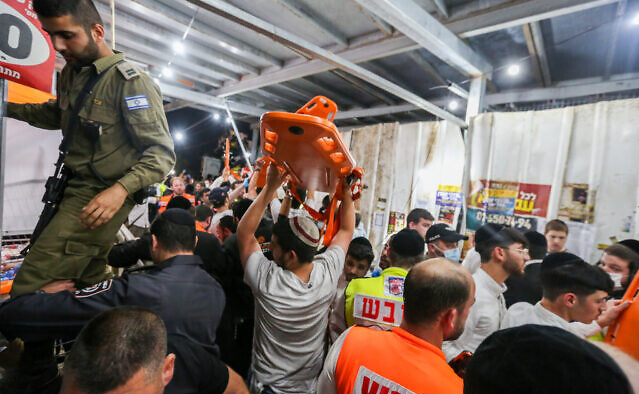 The Magen David Adom rescue service said 38 people had been killed at the scene. It said its paramedics treated dozens of people, including 18 in a serious condition, 2 who were moderately hurt, and 80 lightly injured. All the wounded were evacuated to hospitals.

The wounded were taken to the Ziv hospital in Safed, the Galilee Medical Center in Nahariya, Rambam hospital in Haifa, Poriya hospital in Tiberias, and Hadassah Ein Kerem hospital in Jerusalem.

The Ziv hospital said six of the wounded had died and the Health Ministry confirmed that the total death toll was 44.

Army Radio reported that children were among the dead and injured. 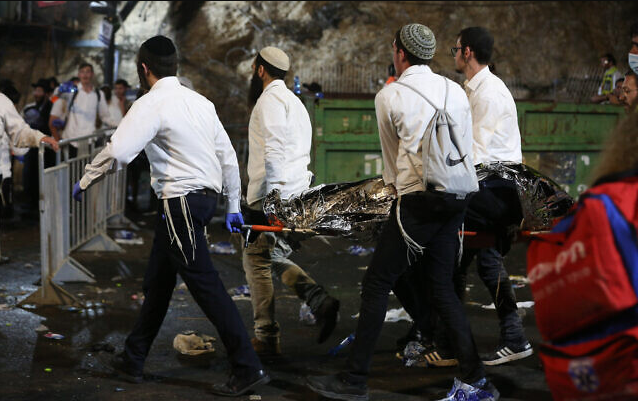 Several hospitals opened hotlines for people to search for family and friends who may have been injured.

The Magen David Adom rescue service said the tragedy was caused by a crush and overcrowding.

A police official said dozens of participants in a concert had "slipped," falling on those below them while walking along a slippery walkway and causing a crushing domino effect.

Huge crowds were attending the annual gathering in the northern Galilee, which include visits to the gravesite of the second-century sage Rabbi Shimon Bar Yohai and massive bonfires on the mountainside.

"The rescue teams were called to one of the concerts near Bar Yochai’s tomb, where there was a terrible crush near a building. There were dozens trapped on a nearby stand and it took time to evacuate them," Heller said.

"There are fatalities, it is a very terrible tragedy," he said, adding that it was a very complicated rescue effort that was still ongoing throughout the night.

Pictures from the scene showed bodies covered in blankets and bags. 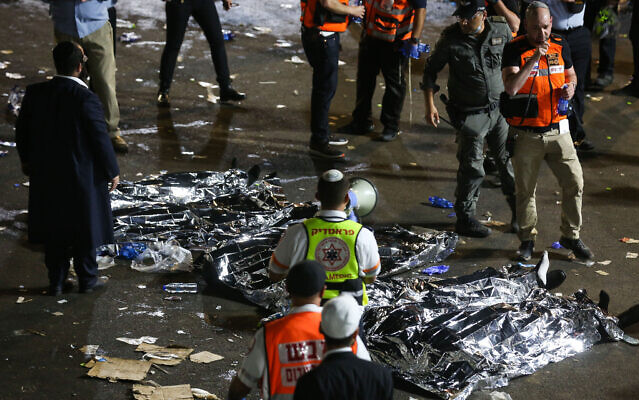