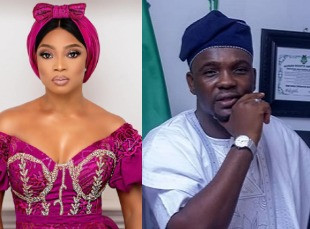 Toke Makinwa has slammed actor Yomi Fabiyi for sympathizing with

his colleague, Baba Ijesha, who is currently in police custody for allegedly molesting a 14-year-old girl when she was just seven.

Shortly after the Lagos state police command announced Baba Ijesha's arrest, Yomi demanded to see evidence of the CCTV footage of Baba Ijesha sexually abusing the girl and asked his colleagues not to kick a man when he's down.

Like Iyabo Ojo, Davido, and other Nigerians, Toke has also taken to her social media handle to slam the actor.

Posting on her handle, Toke wrote;

''Yomi Fabiyi is a disgrace, a complete idiot, one of the reasons why the fight against sexual violence gets harder by the day, you want to see a video first even when you know she is a minor? Even after you heard he confessed? What is wrong with the world??? I cannot can’t.'' 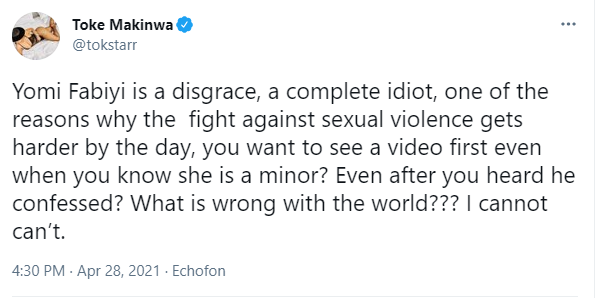