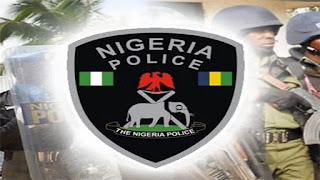 The Osun State Police Command has denied the culpability

of its personnel in the death of a motorcyclist, Taiwo Kajogbola as alleged.

In a press release signed by Yemisi Opalola, the Police Public Relations Officer for the command, and made available to DAILY POST, the Police Command acknowledged that their attention had been drawn to the video of an accident being circulated on social media that a police vehicle killed a male motorcyclist named Taiwo Kajogbola.

The Commissioner of Police, Olawale Olokode revealed that what led to the death of the young man was a collision between him and an oncoming vehicle.

According to Olokode, “On the 25th of April, 2021, at about 1800hrs, there was a hit-and-run motor and motorcycle accident in front of Apara Memorial High School, Kajola along Ilesa Road, Kajola-Ijesa, involving a vehicle and an unregistered lady-motorcycle, rode by the victim.

“The said lady-motorcycle which was coming from Osogbo towards Ilesa overtook a stationary truck and collided with an oncoming vehicle from Ilesa.”

Olokode disclosed that after a discreet investigation, it was revealed that the victim was not pursued by the parked Police Armoured Personnel Carried as alleged.

He explained that the alleged Police vehicle sighted close to the scene and accused of not attending to the victim, was attributed to the previous violent activities of the youths of Kajola and its environs to avoid being attacked, in view of their previous unfriendly antecedent towards the police.

While promising to ensure that the culprit will be made to face the wrath of the law for the offence committed upon arrest, Olokode called on residents of the state to exercise patience and provide the police with useful information that will aid in the apprehension of the culprit.

“Efforts are ongoing to apprehend the fleeing hit-and-run driver”, he added.

DAILY POST recalls that the Osun State police command had promised to investigate the matter as it was unaware of the incident.