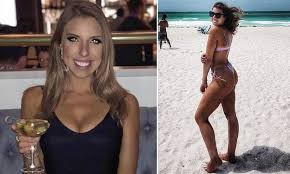 ,” asking police if they wanted to have sex on the sidewalk, and threatening assault against paramedics.

According to reports Olivia Taylor-Washek, 28, from Florida, was charged in St. Petersburg with disorderly intoxication (disturbance) on Saturday April 24 shortly before 9 p.m. 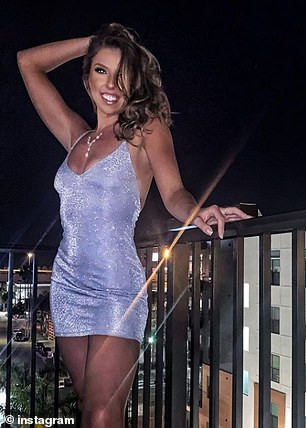 A disturbance call was made to police authorities after a “highly intoxicated” Taylor-Washek was “stumbling on the sidewalk and attempting to give lap dances random citizens outside of a business,”

After Fire Rescue was called to evaluate her, she threatened “to punch paramedics if they touched her,” According to an arrest report obtained this week by The Smoking Gun.

Police offered to walk her home, but Taylor-Washek “continued to yell profanities” at both authorities and bystanders alike, according to the document.

She proceeded to ask police if they wanted to have sex on the sidewalk and then yelled that the cops “were going to shoot her.”

"At one point she allegedly asked officers 'if they wanted to "bang" on the sidewalk.''

"Despite asking them if they wanted to 'bang', Taylor-Washek is also said to have asked the officers if they were going  shoot her." the arrest report said

Eventually, Taylor-Washek was arrested for disorderly intoxication and released on Sunday on her own recognizance.

According to her Instagram, Taylor-Washek is currently competing with other women to be on the cover of Maxim magazine.