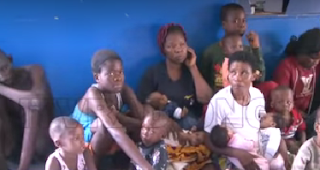 The Edo State Police Command in collaboration with a vigilante group

raided a hideout of human traffickers and rescued 19 children and some women.

Spokesman of the command, Kontongs Bello, who disclosed this in a statement on Tuesday, April 20, said the women and children were trafficked from Ebonyi, Imo, Abia, Anambra and Akwa Ibom States respectively to Evbuotubu in Ekenwan Road axis of Benin City, the state capital.

Bello stated that the raid and rescue operation took place on Thursday, April 16, adding that the principal suspect is currently on the run. 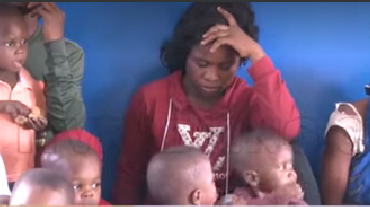 "The women said they were lured from their various home states by a woman named Jennifer also called Ezine with surname yet unknown, the woman is now on the run. They were lured in a guise that Edo State Government is giving financial support to single mothers with newborn babies especially twins," the statement reads.

According to Bello, upon arrival in Benin City, the trafficked women discovered a different thing entirely as they got no support, but were rather forced into the illicit business of begging on the streets for their mistress, Jennifer.

The spokesman further explained that the women were paid peanut to take care of their children and feeding from the proceed of the begging. 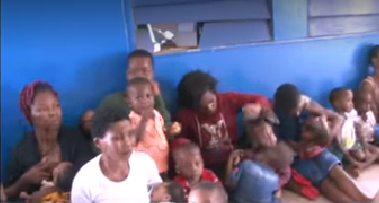 Meanwhile, Bello called on the general public to disregard the rumours making the rounds on social media that the women and children were rescued from a baby factory by the Police in Benin City.

"The story is not true. It is just the imagination of some mischief makers to engage in such publication as the act is an attempt to paint Edo State in a bad light. The women and children have since been handed over to Edo State Ministry of Women Affairs for rehabilitation and a possible return to their home States while effort also is in place to arrest the fleeing mistress," he said.

"The Commissioner of Police Edo State, CP Phillip Aliyu Ogbadu, is calling on the press and the members of the public to always verify their source of information before publication in order not to mislead the general public."

He also warned criminal elements in the state to stop crime or face the full wrath of the law.

"The CP further advised parents to be wary of unknown persons who come promising heaven on earth to their children as the result is always catastrophic. He then assured the law-abiding citizens of Edo State to go about their lawful businesses as the Command will not relent in its effort to rid the State of criminal activities,” the statement concluded. 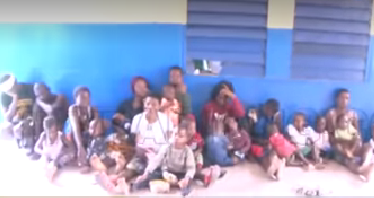 Watch the video below..