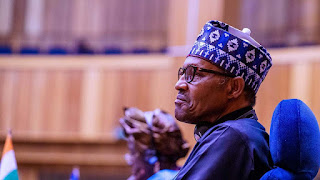 over the arrest of Yoruba freedom fighter, Sunday Adeyemi, also known as Igboho.

Adeyanju rebuked Buhari for apprehending Igboho but failed to nab terrorists killing Nigerians in the North.

Igboho was reportedly apprehended at an airport in Cotonou on Monday night while attempting to fly to Germany.

“But they can’t arrest terrorists who kill people weekly and even shoot down our fighter jets.

"I urge you to stand with your own who has not committed any crime. Self determination is not a crime. They are still standing with killer herdsmen who have killed over 20,000 Nigerians under Buhari & even asking that everyone should give them land and we budget billions for them.”