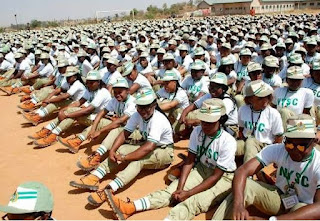 mandatory service year for absconding from their places of primary assignments.

NYSC State Coordinator, Mrs Mary Chikezie, said seven other erring corps members in the state were punished with extension of their service year to serve as deterrence to others.

Chikezie, who spoke in Ado Ekiti, the Ekiti State capital, during the Passing-Out Parade of the 2021 Batch B corps members, said six of the 1,416 corps members for the batch, were rewarded for their outstanding performances in touching the lives of people in their host communities positively.

The NYSC coordinator, who lauded Governor Kayode Fayemi administration’s support of the NYSC scheme in the state, said, “It gladdens my heart that out of the 1,416 corps members, some were able to go extra miles to single themselves out through individual contributions to their host communities in Ekiti.

“ Six corps members who excelled in the execution of viable Community Development Projects have been found worthy and awarded the Prestigious State Honours Awards and one for State Coordinator’s Award.

The governor, Fayemi, who was represented by his deputy, Chief Bisi Egbeyemi, urged Nigerian youths, including the corps members, “to focus on things that would ensure unity and peace in the country”.

Fayemi lauded the contributions of the NYSC scheme to the development of the state in the area of education and other aspects and as well to success of the just concluded Ekiti governorship election, which he said was “internationally adjudged free and fair election by observers”.