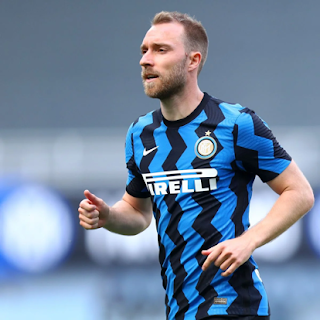 This claim was made by respected Sky Sports journalist, Michael Bridge.

Bridge disclosed this on The Transfer Show while speaking on Eriksen’s situation.

Eriksen is currently a free agent after his six-month loan deal with Brentford expires this summer.

The former Tottenham Hotspur and Inter Milan midfielder scored once and provided four assists for Brentford in 11 appearances in the Premier League last season.

Meanwhile, Liverpool on Sunday confirmed the signing of Fabio Carvalho from Fulham.

Liverpool, in a statement via its website, said: “Fabio Carvalho has today been officially unveiled as a Liverpool player after completing his move at the AXA Training Centre.

“The Portugal U21 international joined the Reds on July 1 following a breakthrough 2021-22 campaign during which he was a key figure in Fulham’s promotion back to the top flight.”